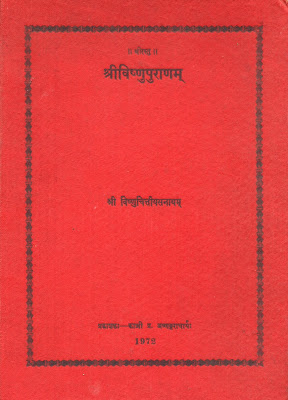 This  particular  edition  of  Sri  Vishnu  Purana  includes  a  commentary  called  "Vishnuchittiyam"  by  Vishnuchitta,  who  is  also  known  as  'Engalalvan'  in  Tamil.  Vishnuchitta  lived  from  1097  to  1197  CE.  He  was  the  disciple  of  "Tirukurugai  Piraan  Pillaan"  the  Jnana  Putra  or  spiritual  son  of  Swami  Ramanujacharya.  He  composed  about  half  a  dozen  works  elucidating  the  philosophical  works  of  Swami  Ramanujacharya.  Only the  Vishnuchittyam  is  extant  today.

It clearly  explains  the  harder  to  understand  passages.  For  example,  the  Vishnu Purana  explains  that  Vedic  rites  should  not  be  performed  in  the  presence  of  "naked  people". Vishnuchittiyam  explains  that  naked  people  in  this  context  refers  to  people  who  have  given  up  the  performance  of  their  daily  religious  duties  as  ordained  by  the Vedas.  The  other  available  commentary  is  called  Atma  Prakasha  by  Sridhara  Swami,  a  follower  of  Vallabhacharya.

The poems contained in this book have been conceived in a moment of devotional urge and have come to me with a natural and compelling force. The poetry has come from the heart, and though it may not possess the embellishments and scholarship of a poet, the diction, rhyme and versification are like those of the boy who lisped in numbers with the words: "Papa, Papa, pity take, Verses shall I never make", when he was being beaten by his father for speaking in an unnaturally poetic way. I would therefore request that the shortcomings may be overlooked and my compositions taken for what they are worth, for the sake of their devotional themes.

I hope that this publication of mine will arouse a desire in the English mindedpublic, both young and old, to learn more about the stories dealt with here and will thus serve as an introduction to the inexhaustible Treasures of our Indian Puranic Literature to those who have had no opportunity of having direct access to the texts in the Indian languages.

India expects every son and daughter to be conversant with the great stories of the past both for enlightenment and entertainment, and if this publication can give a start in that direction, the author's labours shall not be in vain.

(From the author's preface to the book)
DOWNLOAD LINK
Posted by shankara at 1:32 PM 5 comments:

The Ramayana is certainly one of the world's oldest legends. Modern scholars claim that it was first composed around 300 BC. The devout Hindu believes that Rama lived many hundred millennia ago, in the Treta Yuga, and that was also when Valmiki first told his immortal story. The epic is called the Adi Kavya, the world's first poem. The God Brahma himself is meant to have inspired Valmiki to create his classic, in twenty-four thousand slokas. The true purpose of the Ramayana is to awaken its reader spiritually, and to send him forth on the great journey that leads to Moksha, to God. 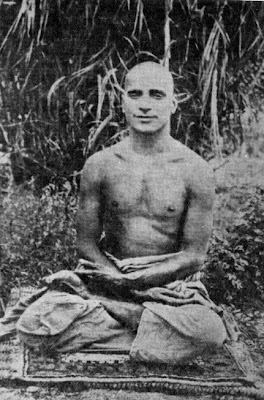 Swami Rama Tirtha Granthavali is a complete collection of his writings and lectures in Hindi. In this 28 volumes work, Swami Rama Tirtha presents a practical and inspiring view of Vedanta and also discusses various topics such as God-realization, Vedanta, Christianity and Islam, war and peace, and India's destiny. 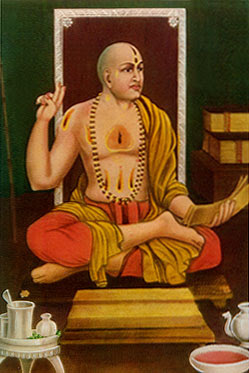 Sri Madhvacarya, also known as Vasudeva, Ananda Tirtha and Purnaprajna, is one of India’s greatest theologians. He is the founder of dvaita philosophy, and is one of the most important commentators on the Upanisads, Bhagavad-gita and the Brahma-sutras. In addition, he wrote many original works that dealt with important aspects of his new doctrine. In all, he wrote 37 works. Not only did Madhvacarya’s powerful literary output help to establish his teachings during his own lifetime, it has inspired a vast literary tradition that continues to the present day.

His doctrine asserts that this world is real and that there is an eternal and immutable difference between the individual soul and God.

2. The Life And Teachings of Sri Madhvacharyar - C.M. Padmanabha Char

The Vedas are the most ancient sacred texts of Hinduism. Each of the four Vedas consists of the metrical Mantra or Samhita' part and the prose 'Brahmana' part giving discussions and directions for the detail of the ceremonies at which the Mantras were to be used and explanations of the legends connected with the Mantras and rituals. Both these portions are termed shruti (which tradition says to have been heard but not composed or written down by men).

The Rig Veda commentary by Jaydev Sharma was first published in 1930 in 7 volumes along with 2 volumes of Yajur Veda, one volume of Sama Veda & 2 volumes of Atharva Veda. The author has taken care to make his commentary lucid and profound. His commentary is based on the commentaries of ancient sages like Sayana, Skandaswami, Venkatamadhava and also on the modern day sages like Swami Dayanand. 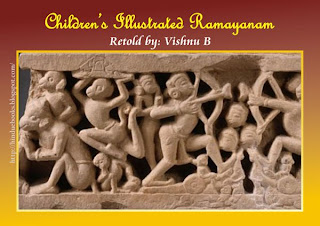 The Ramayana is one of the best-known epics in the world, the tale of Rama, the prince of Ayodhya, who exiles himself to the forest for fourteen years to honour his father's word. In the forest, Rama, his wife Sita and his brother Lakshmana meet new friends and strange foes, and each day brings new adventures. But their happy life is spoilt when Ravana of Lanka, the king of demons, abducts Sita. To rescue her Rama enlists the help of the monkey army. In that final battle, many heroes die and new ones are born.

In this vividly told, vibrant version for children, the ancient epic takes on a new life. The traditional ingredients are all there - adventure and excitement, love and war, and an infinite number of stories within stories; as are the traditional characters - monkeys who cross oceans and carry mountains, shape-changing demons and monsters. But it is rendered contemporary by the freshness and vitality of Vishnu's retelling, and by the beautiful and captivating illustrations by Vipin. K. Das.

Message of the Vedas - GC Narang 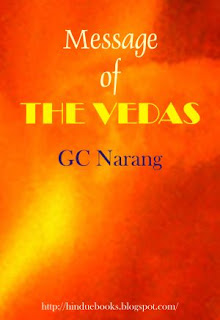 Today, an average Hindu is not familiar with the Vedas or any literature associated with them. Though the Vedas themselvesa are not so voluminous, they are rather too difficult for the inunitiated. The commentaries, on the other hand, to which one must naturally look for help to understand the Vedas, are so voluminous that they would actually break the back-bone of the student.

So, with a view to familiarise an average Hindu with the Vedas, Sir GC Narang, the author of Message of the Vedas, had compiled selected mantras from the Vedas with their English translation. It is a great blessing to the reader that the mantras are arranged according to their subjects. This book will help him to have a fairly good idea of the nature of the contents of the Vedas. 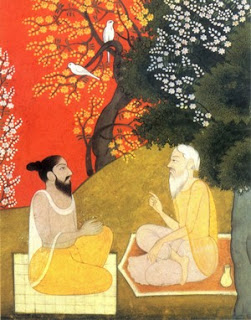 The special feature of this five volumes set of Eight Principal Upanishads is the English translation of the commentaries of Shankara, the greatest exponent of the Advaita system of philosophy. This makes it possible for the English-reading public to appreciate the priceless teachings of the Upanishads, in the light of the interpretation of Sri Sankaracharya. The volumes 1, 2 & 5 were translated by S. Sitarama Sastri and volumes 3 &4 by Ganganatha Jha. 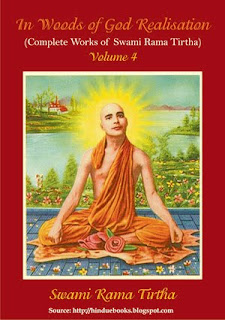 Described as “one of the greatest souls, not only of India, but of the whole world” by Mahatma Gandhi, Swami Rama Tirtha (1873-1906) was a living embodiment of the teachings of Advaita Vedanta. Swami Rama Tirtha visited the United States from 1902-1904 and was one of the first great Swamis to bring the message of Vedanta to the U.S., Japan and Egypt, following in the footsteps of Vivekananda.

In Woods of God Realization is a complete collection of his writings and lectures. In this ten volume work, Swami Rama Tirtha presents a practical and inspiring view of Vedanta and also discusses various topics such as God-realization, Vedanta, Christianity and Islam, war and peace, and India's destiny.